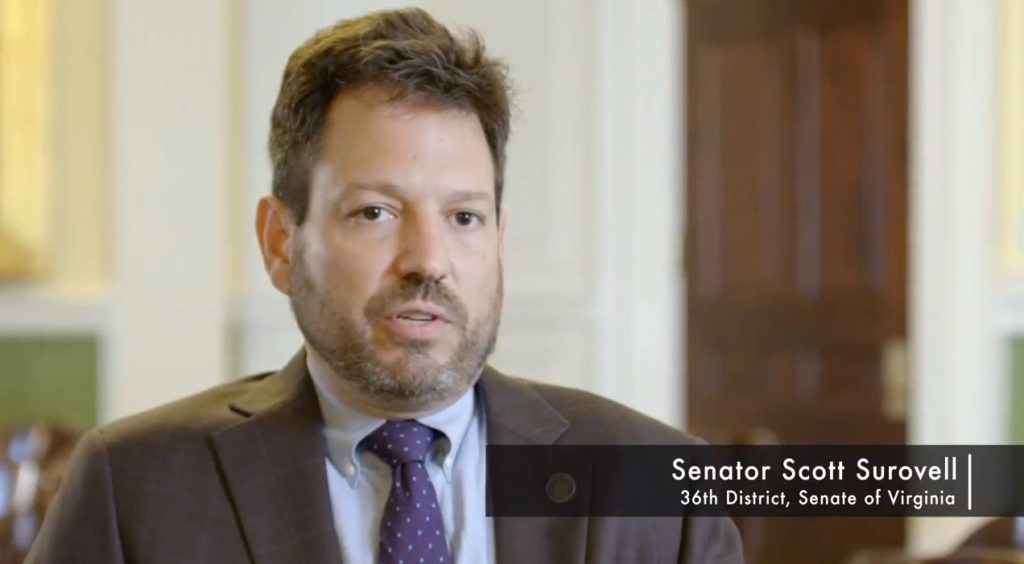 Surovell takes over a position left open after State Sen. Jennifer Wexton (D-33) was elected to Congress in November. Wexton had held the position since 2016.

Surovell, whose 36th district includes much of the Richmond Highway area as well as portions of Prince William County and Stafford County, said in a statement that he was looking forward to tackling issues such as tax system reforms, increased funding for equity in education and the clean up of coal ash in the 2019 General Assembly session.

“I’m honored and humbled that my colleagues would entrust me with this leadership position,” Surovell said in the statement. “Last year was my most successful legislative session yet and I look forward to continuing to work within our caucus and across the aisle to advance policies that lift up all Virginians. Going into the next election cycle, we are poised for significant action this year on the structure of our tax system, investments in education equity, and funding to clean up Virginia’s coal ash problem.”

The Virginia Senate is currently controlled by Republicans, who hold a 21-19 majority.

Surovell has served as a senator since 2016, when he succeeded the retiring Toddy Puller. Prior to that he served six years as a state delegate in the 44th district.

A native of the Route 1 area, Surovell graduated from West Potomac High School before attending James Madison University and the University of Virginia School of Law. He lives in the Tauxemont neighborhood off of Fort Hunt Road and works full-time as a trial lawyer in Fairfax.