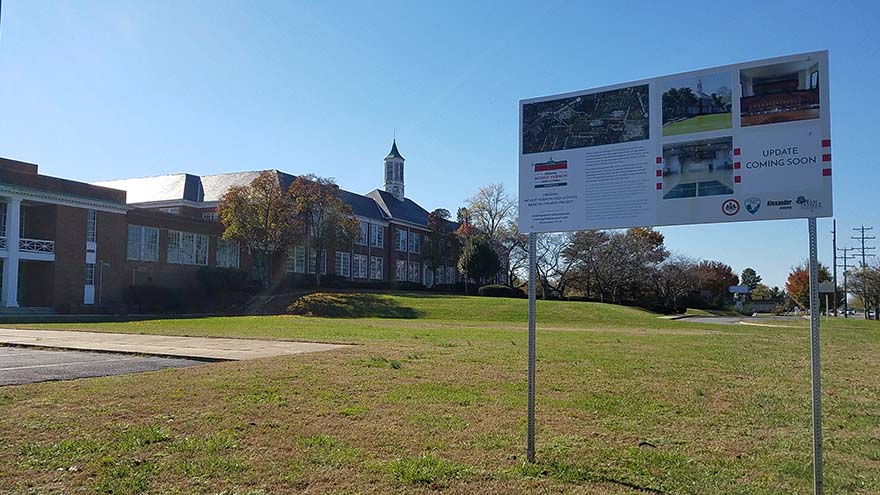 The reason for the delay, said Storck, is that initial concepts shared last summer by the project development team — The Alexander Company and Elm Street Development — were not in line with county officials’ vision for the site. Specifically, in an effort to provide the county with a zero-cost project, the developers had presented a housing-only concept; however, the OMVHS Task Force had recommended — and county supervisors and staff preferred — a mixed-use development incorporating educational, recreational and non-profit uses.

Storck said the developers needed more time to come up with two to three concepts that please the overall community.

“The most important thing we have to do is to get it right,” he said.

Storck said that while the developers will provide a cost estimate for the project, he anticipates it will cost around $50-$60 million for the renovation, and the county will have to determine how to fund it, whether via county bonds, economic development bonds, public-private partnerships or budget allocations allowing completion of specific projects over time. The county presently has around $75 million in its Capital Improvement Program for building renovations and infrastructure improvements, according to staff.