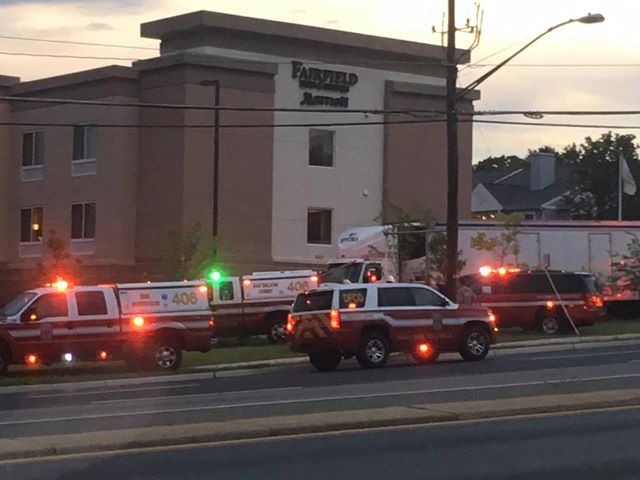 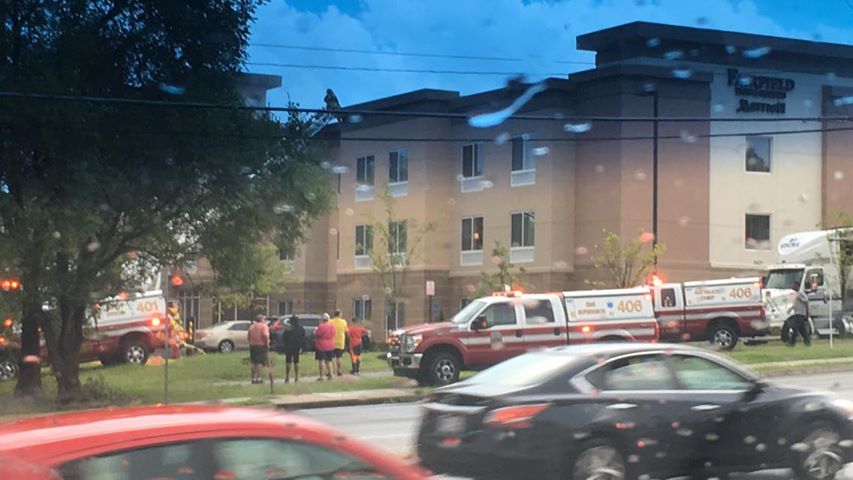 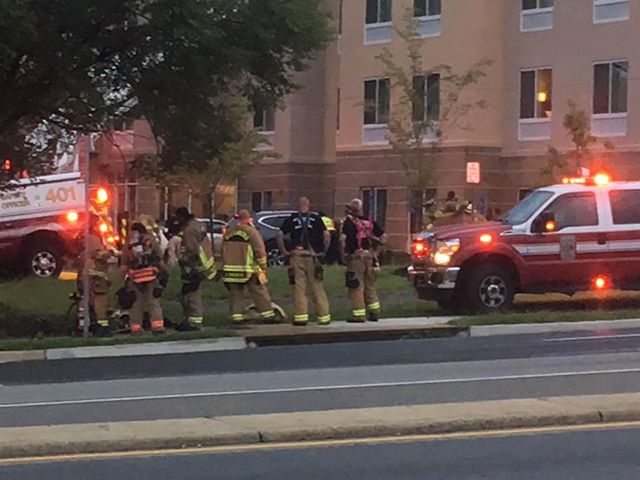 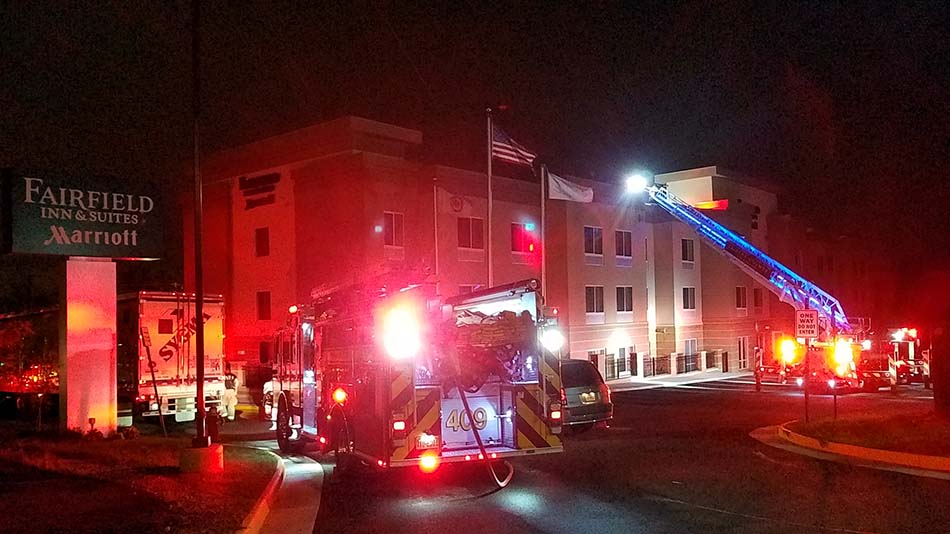 Update at 1:30 p.m. Saturday: Fairfax Fire and Rescue has confirmed that lightning caused the fire. They estimate the damage to the hotel to be around $65,000, and credited the building’s sprinklers for helping to with “safe occupant egress, limited fire spread, and minimized property loss.”

A two-alarm fire damaged a new hotel on Richmond Highway on Friday evening, forcing evacuation of all guests but resulting in no injuries.

The blaze broke out at the Fairfield Inn & Suites at 6421 Richmond Highway shortly after 6 p.m. The cause of the fire is still under investigation, but the start of the fire coincided with a thunder and lightning storm in the area at the time.

The fire department reported the fire was out around 6:50 p.m. The blaze was contained the top floor and roof of the three-story hotel, according to a fire commander at the scene. Sprinklers in the building were activated during the fire.

The 116-room Fairfield Inn & Suites is the newest hotel on the highway, opening last September after a more than three-year construction period.