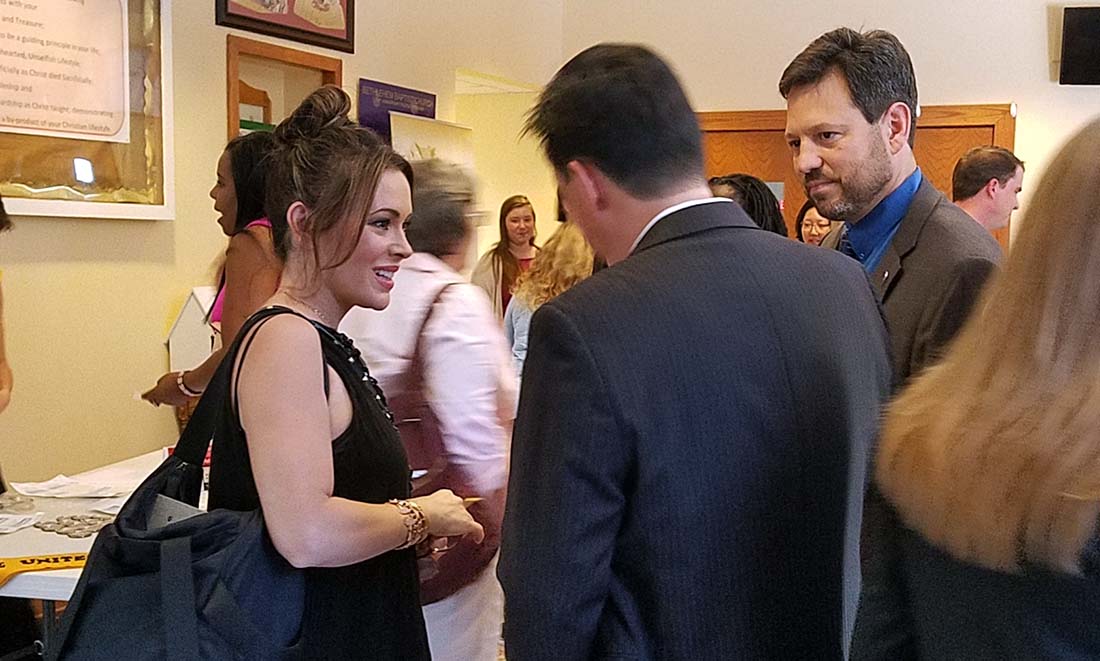 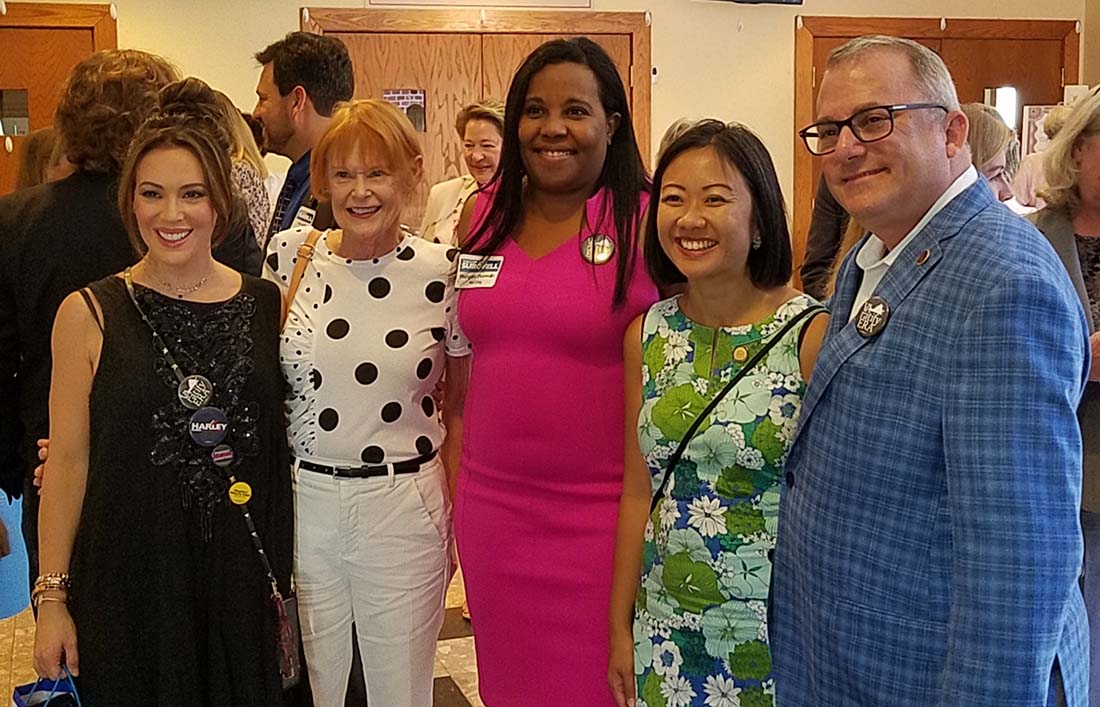 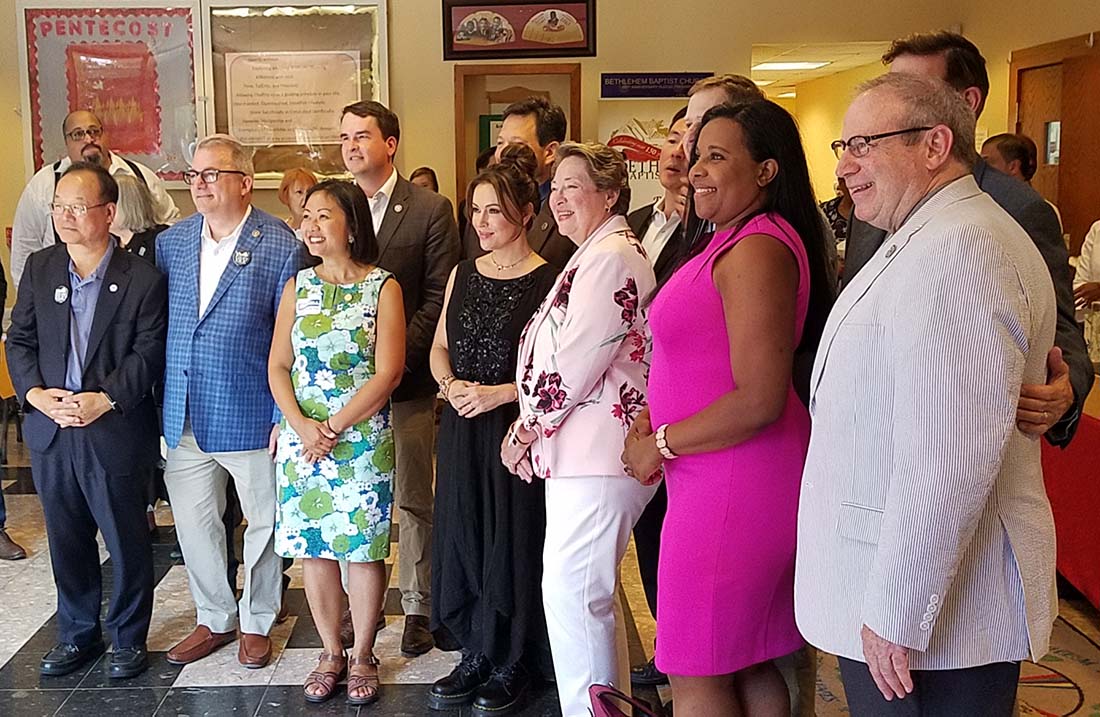 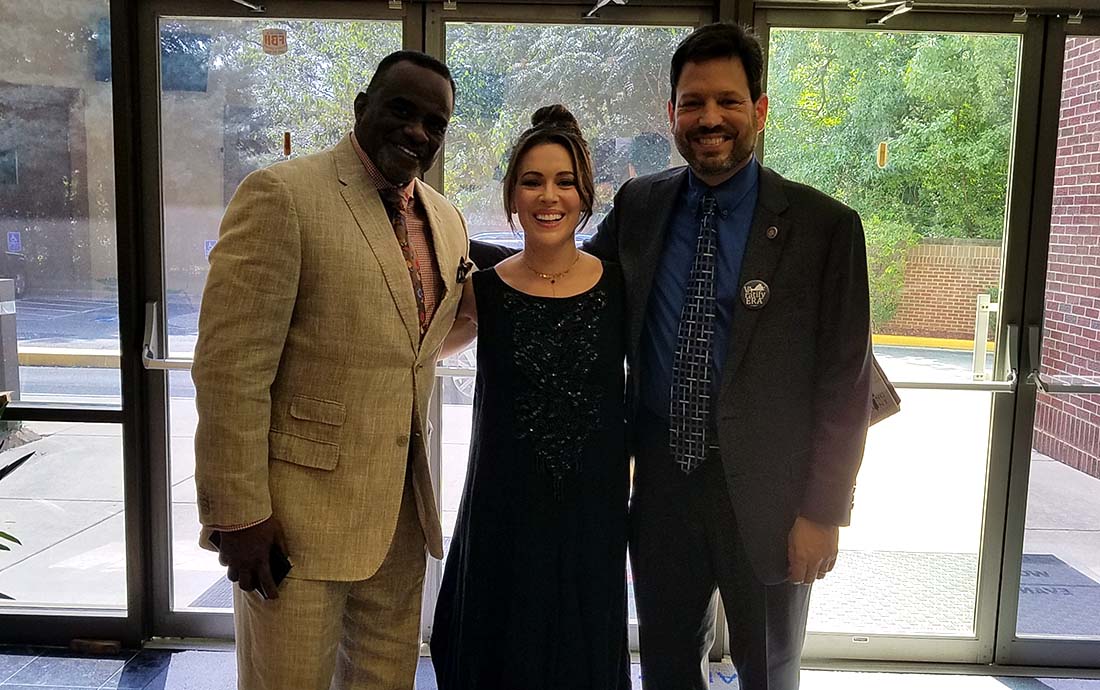 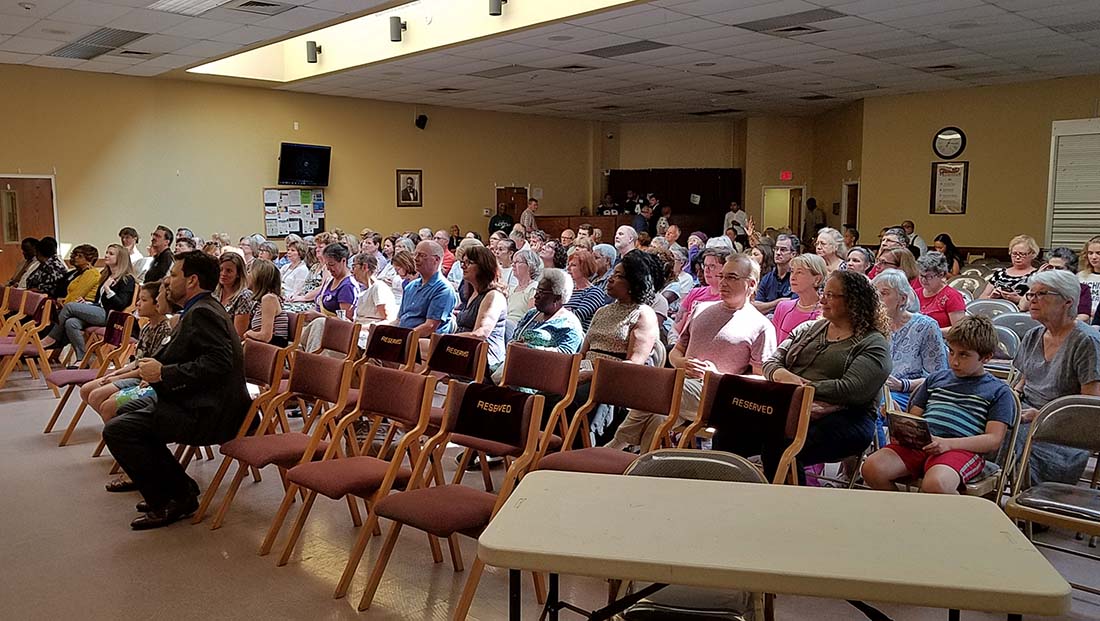 The crowd at Bethlehem Baptist Church for the screening.

Richmond Highway got a dose of star power Sunday afternoon as actress Alyssa Milano joined local politicians and activists for an event to build momentum for the ratification of the Equal Rights Amendment.

Milano was a special guest of hosts State Sen. Scott Surovell and Del. Kathy Tran for a screening of the 2004 movie “Iron Jawed Angels,” which tells the story of Alice Paul and other suffragists who fought for women to get the right to vote. The screening was held at Bethlehem Baptist Church in Gum Springs, and Rep. Don Beyer, State Sen. Adam Ebbin, Del. Mark Sickles and Mount Vernon Supervisor Dan Storck were among the local politicians also on hand.

Paul was one of original authors of the ERA, an amendment that aims to enshrine equality between men and women in the U.S. Constitution. The ERA was passed by U.S. Senate in 1972, sending the measure to the states for approval. After years of languishing in the states — 2/3 of which must pass the amendment for it to become law — the ERA has gained new life in recent years. Only one state is needed to ratify it to pass the 38-state threshold, and many supporters are hoping that Virginia can push it over the top during the next General Assembly session.

Milano, a member of the ERA Coalition, said she wants to help make that happen.

“We believe it should be Virginia, so whatever I can do to support the people of Virginia and the policymakers to impact that right outcome, I’m all for it” said Milano.

The event was organized by Tran and Surovell, who has been a longtime supporter of passing the ERA in Virginia. He first sponsored legislation to approve the amendment during his days as a state delegate, and has continued to push for the legislation as a senator. The amendment now has support from both parties, leading to optimism that the ERA can finally get over the hump.

Surovell’s ties to the ERA go back even farther than his political career. He has talked in the past about how his mother’s advocacy for the amendment in the 1970s influenced his political views, and Milano credited Surovell’s dedication to the ERA for helping bring her to Richmond Highway on Sunday.

“The senator has been working towards this since forever,” said Milano. “He remembers being a little boy and remembers his mom bringing him to meetings and protests about the Equal Rights Amendment.”

The location of Sunday’s movie screening also had some historical significance for the women’s rights movement. Just down the highway in Lorton is where Alice Paul and other suffragists were imprisoned and tortured in Nov. 1917 after they were arrested for protesting in front of the White House. The women were taken to the former Occoquan Workhouse — now the location of the water treatment plant — and were beaten and abused on what became known as the “Night of Terror.”

The suffragist’s imprisonment, which was later ruled unconstitutional, is portrayed in Iron Jawed Angels.

“It’s a really powerful movie,” Milano said. “I think that art is such a great way to not only education and empower people on social issues, but also to cross whatever political divide there may be. It’s a creative way to inspire people to want to help, to want to make a difference.”

Tran credited the early suffragists and the ERA advocates of the 1970s and early 1980s for their sacrifices, and said the current generation must keep up the fight.

“We’re still battling for equal pay, for equal work,” Tran said. “We’re still battling to make sure that we have ownership of of our bodies, as women. For access to healthcare, for safe workplaces, for so many reasons. Making sure we institutionalize and codify equality for women in the constitution … it’s a really big priority for us and for so many in our caucus and across [party] lines.”