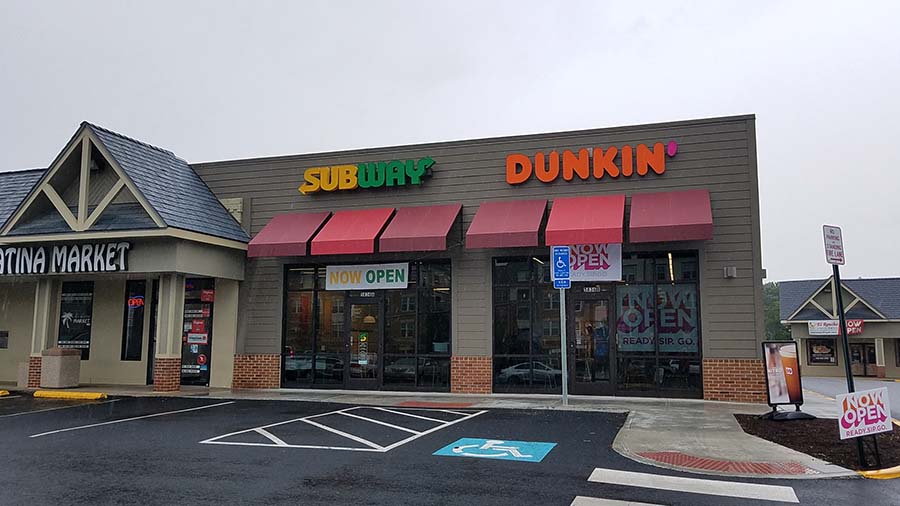 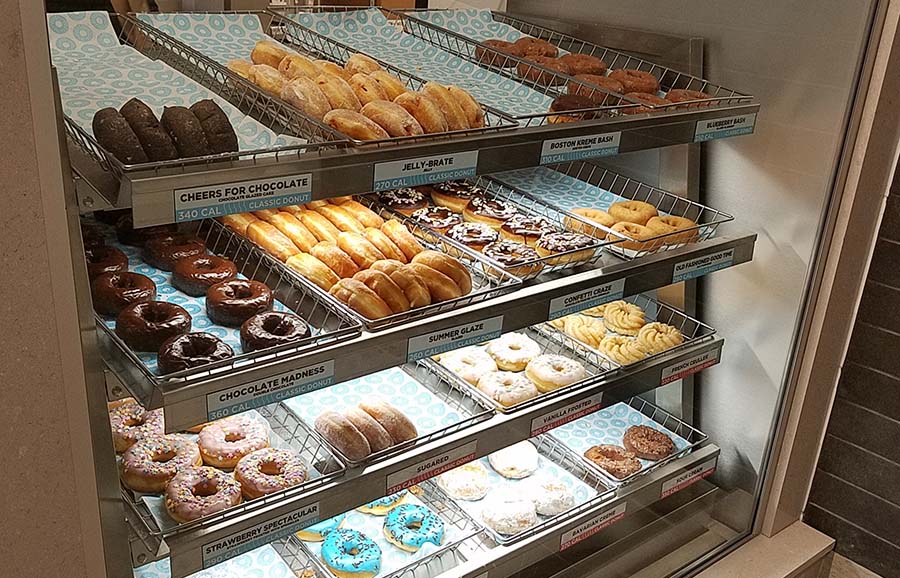 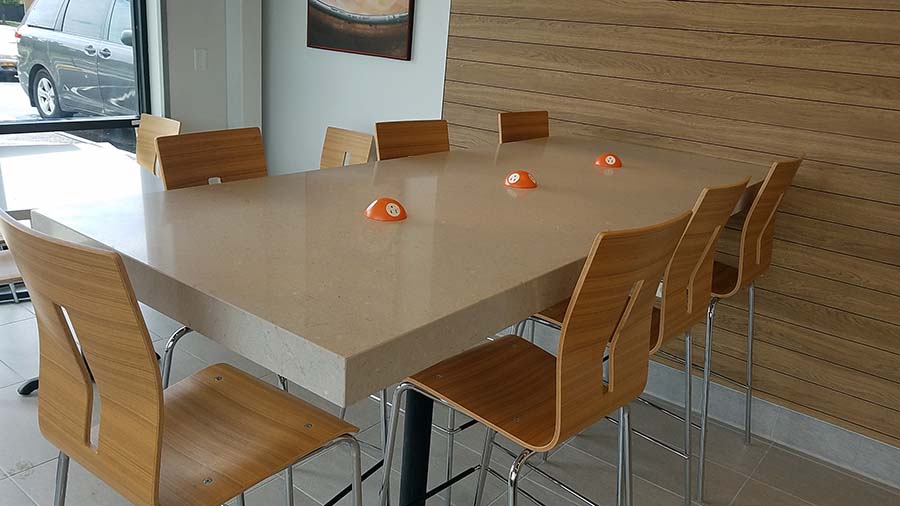 A new Dunkin’ Donuts featuring the chain’s latest store design has opened at the Huntington Station shopping center, which is located across the street from the Huntington Metro on North Kings Highway.

The new Dunkin’ opened its doors on Wednesday, and it’s the first store in the D.C. area featuring the chain’s “next generation” concept look, according to manager Asfand Khan. The company unveiled the redesign at a location near the original Dunkin’ Donuts in Massachusetts earlier this year. New amenities include a tap system for cold beverages such as iced coffee, cold brew and iced tea, a glass bakery case under the counter that allows customers to see doughnuts and other goods while they’re in line, and fully wired tables — including a six-person station with outlets located on the tabletop.

The North Kings Highway store, along with a location in Brooklyn, are the only other Dunkin’ Donuts in the U.S. featuring the next generation look, according to Khan.

The new location will have about 10 employees working each morning to handle the a.m. coffee rush, Khan said, and then a 3-person crew throughout the rest of the day. The store is still hiring for both full- and part-time positions, Khan said.

The Dunkin’ Donuts is one of three new eateries to open at the Huntington Station shopping center in the past two months. A new Subway — featuring its own new look — opened next door to the Dunkin’ in June. Both stores are located in a newly constructed addition to the shopping center.

El Rancho, a latin grill specializing in Peruvian-style chicken, opened in early July a few doors down. It replaces Rinocito Maya Cafe, which had been in that space since 2016.