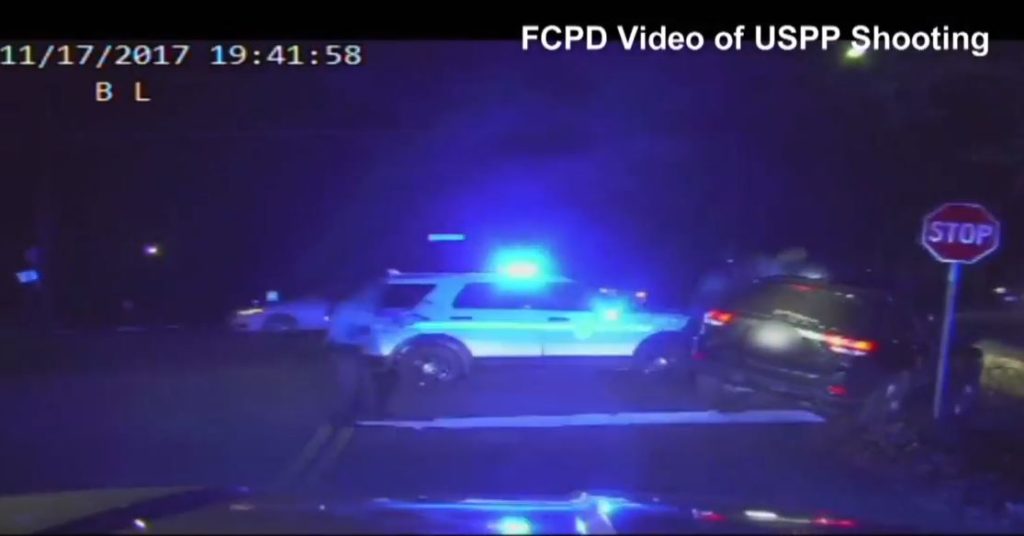 Arlington County has denied a Freedom of Information Act request to release the 911 call made after the hit-and-run accident that Bijan Ghaisar was involved in prior to the police chase that ended with Park Police shooting him on Fort Hunt Road.

The 911 call was made around 7:27 p.m. Nov. 17 after a vehicle rear-ended Ghaisar’s Jeep Grand Cherokee on the George Washington Memorial Parkway in the city of Alexandria. Ghaisar, an accountant who lived in McLean and graduated from Langley High School, left the scene of the accident for reasons unknown. He was later spotted by Park Police further south on the Parkway, and a chase began that ultimately ended with Ghaisar being shot and critically wounded in Fairfax County.

Although the initial accident was in Alexandria, the 911 call was routed through Arlington’s communications center. Arlington has not released the 911 recording or any subsequent radio traffic related to the call. Documents provided to Covering The Corridor by a source show that an Arlington official cited Virginia code related to what can be withheld during a criminal investigation as the reason to rebuff a Jan. 22 FOIA request from one of the Ghaisar family’s attorneys.

Sherri Sealock, the Quality Assurance Manager for the Arlington County Emergency Communications Center, said in a brief response to the FOIA that the county was exempt from mandatory release of the 911 call, and thus would continue to keep that information sealed.

Thomas Connolly, the Ghaisar family attorney who filed the FOIA request, sharply disagreed with Arlington’s decision. In a response to Sealock that was also provided to Covering The Corridor by a source, Connolly said that “asserting the criminal investigation privilege to excuse the provision of the requested records is a misapplication of the law.”

Connolly pointed out that the Department of Justice was the only agency investigating the Ghaisar case, and the DOJ was not cited in Arlington’s letter as playing any role in denying the FOIA request.

“Because you have provided no indication that DOJ is preventing the County from producing documents pursuant to Virginia’s FOIA, the County cannot claim this privilege,” Connolly wrote.

Connolly also noted the Fairfax County Police Department has released records related to the case, including dashcam footage  that showed a large portion of the police chase and the shooting of Ghaisar by two Park Police officers.

The audio of the 911 call is just one of the many unanswered questions related to the Ghaisar case. Neither the FBI nor the Park Police have named the officers who shot Ghaisar, nor has a reason been given for why officers opened fire when Ghaisar appeared to be slowly trying to drive around them at the intersection of Alexandria Avenue and Fort Hunt Road. His family has said he was unarmed.

The FBI has released no new information since taking over the case from the Park Police in December. It is not clear when their investigation will conclude.