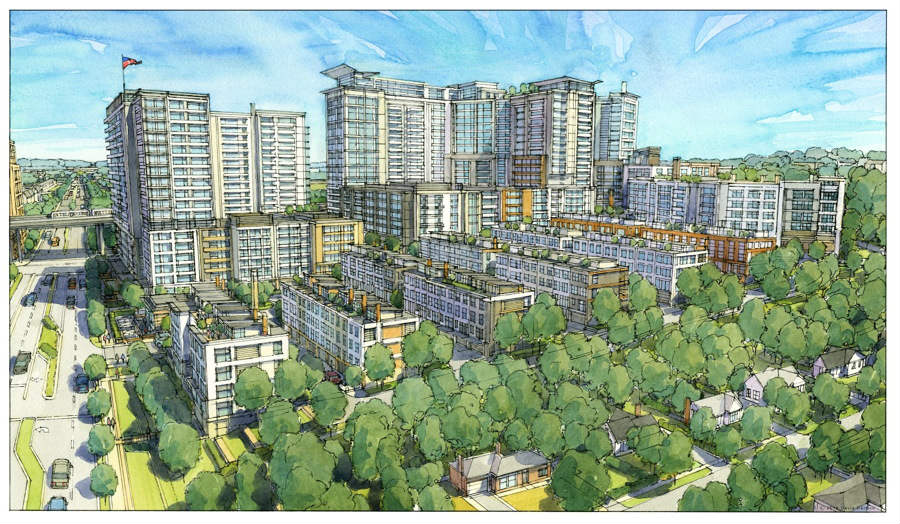 An artist’s rendering of a development slated for land currently occupied by the Huntington Club.

The Fairfax County Board of Supervisors voted Tuesday to approve an amendment to the county’s comprehensive plan that would allow for a massive new development where the Huntington Club currently stands.

The amendment, which allows for higher density, parcel consolidations and taller building heights, was passed unanimously by the board. Earlier this month the county planning commission also unanimously approved the amendment.

IDI, who was contracted by the Huntington Club Condominium Association, is the developer for the project. 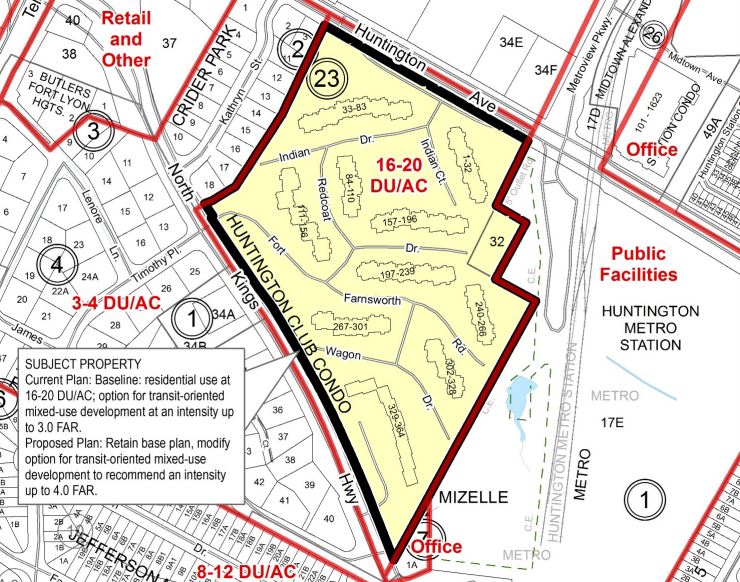 “This is the type of redevelopment that makes infrastructure sense, it makes economic sense and is desperately needed in our end of the county,” Lee District Supervisor Jeff McKay said.

The approval marks a major victory for the Huntington Club Condominium Association. In a rare move, the association sought out a developer years ago to look into redeveloping their own property. They reached an agreement with IDI, and eventually came up with a plan for phasing out the Huntington Club. In November, 87 percent of the unit owners voted to dissolve association in favor of the new development.

Mount Vernon Supervisor Dan Storck commended the association for its effort throughout the planning process, saying he was “in awe” of their work.

“This is essentially the community deciding for itself how it wants to change for the future,” Storck said.

Shane Murphy, an attorney representing IDI at the meeting, echoed Storck’s sentiments, noting the association had sought the developer out rather than vice versa, and was in essence “controlling its own destiny.”

“The notion of redeveloping a residential condominium association involves buy-in from hundreds of unit owners, each with different motivations and desires,” Murphy said. “But not only did the Huntington Club work with IDI to come up with a plan that financially supportable, the unit owners provided overwhelming support for this plan.”

The proposed development now needs to go through the rezoning process. A rezoning application has already been submitted to the county, Murphy said.