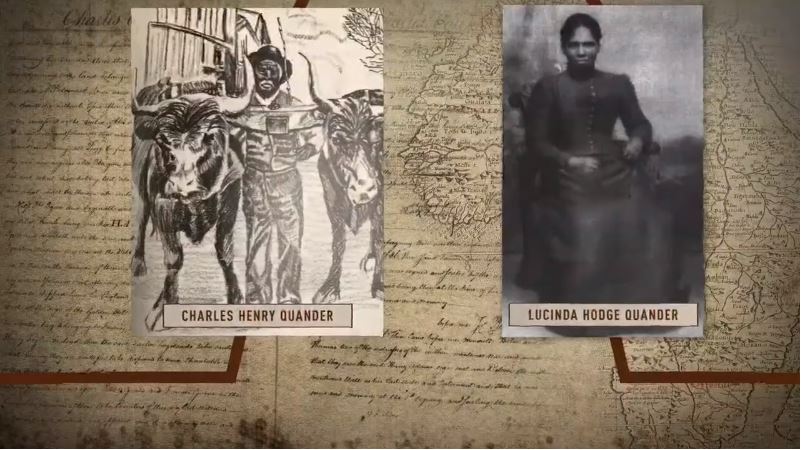 A screenshot from WUSA9’s story about the Quander family’s history. See more below.

Delores Williams was murdered in one of the Route 1 area’s most shocking crimes last year, allegedly set on fire by her boyfriend in their Woodlawn-area home Nov. 19, 2016. Williams, 64, died from her wounds 12 days later, leaving her family and friends devastated. Many of those family and friends gathered Saturday night at her home to remember the Williams on year after her murder, and celebrate the life of the woman they knew as “Sweetie.”

Father Gerry Creedon, a former pastor of Good Shepherd Catholic Church in the Mount Vernon area, died last week from complications following heart surgery, the Arlington Catholic Herald reported. Creedon, 73, served as Good Shepherd’s pastor from 1979-1991, and a hall at the church is named in his honor. His funeral mass will be held Tuesday morning at Good Shepherd.

A look at the Quanders

The Quander family is one of the oldest black families in North American, and its history is intertwined with that of Mount Vernon and the Richmond Highway area. WUSA9 anchor Michael Quander is one of the many D.C.-area Quanders, and recently he explored his family’s history, connecting with family members he’d never met and learning just how deep the Quanders’ ties to America go.

See the full article and video on WUSA9.com.

Tanner Lee connects with DPE on a screen and @DontPunt_15 uses his grown man strength to fight for extra yards! #W4L ???? pic.twitter.com/rTP3SbvLNU

Pierson-El finished with four catches for 54 yards and one touchdown. A 2014 graduate of West Potomac, Pierson-El has 42 catches on the season, more than double his total from a year ago.