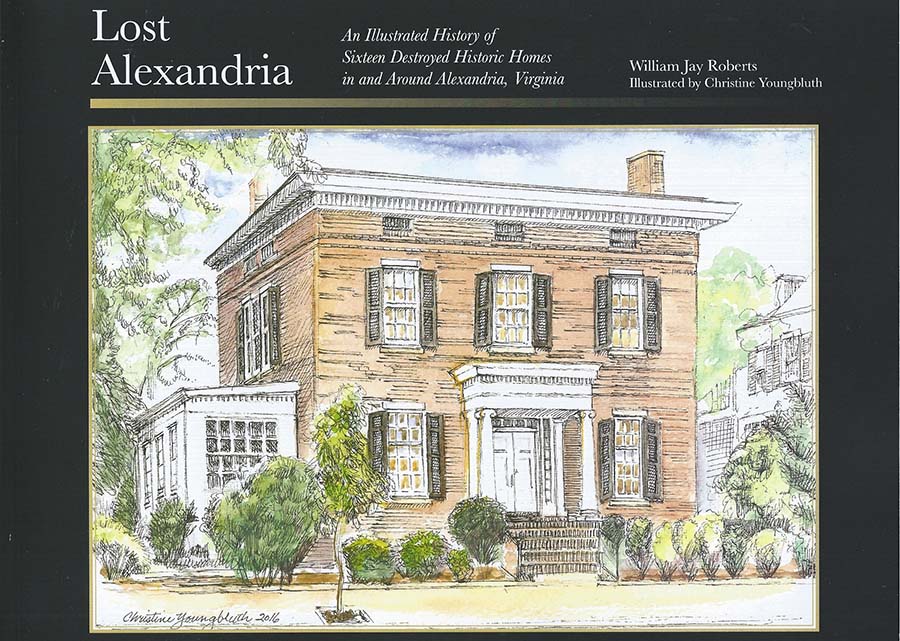 The cover of Jay Roberts’ recent book Lost Alexandria, which includes the histories of three famous Richmond Highway-area houses torn down in the 1960s and 70s.

Richmond Highway residents curious about the area’s past can get a guided walking tour of where three of the most noteworthy homes in the corridor once stood.

Jay Roberts, a Groveton resident, is the author of Lost Alexandria: An Illustrated Guide to Sixteen Destroyed Historic Homes in and Around Alexandria, Virginia. The book, released earlier this year, tells the story of 16 significant homes in the greater Alexandria area that for various reasons were lost to history.

Three of those homes were located in the Richmond Highway area, and on Oct. 28 at 10 a.m., Roberts will lead residents on a walking tour of locations where they were located. The walk will start at Mount Eagle Park and will be held rain or shine.

The three homes, located in northern part of the Richmond Highway area, all lasted until heavier development along the corridor led to their demise. Each had a unique role in this area’s history:

You can visit Roberts’ website for more information and to RSVP.