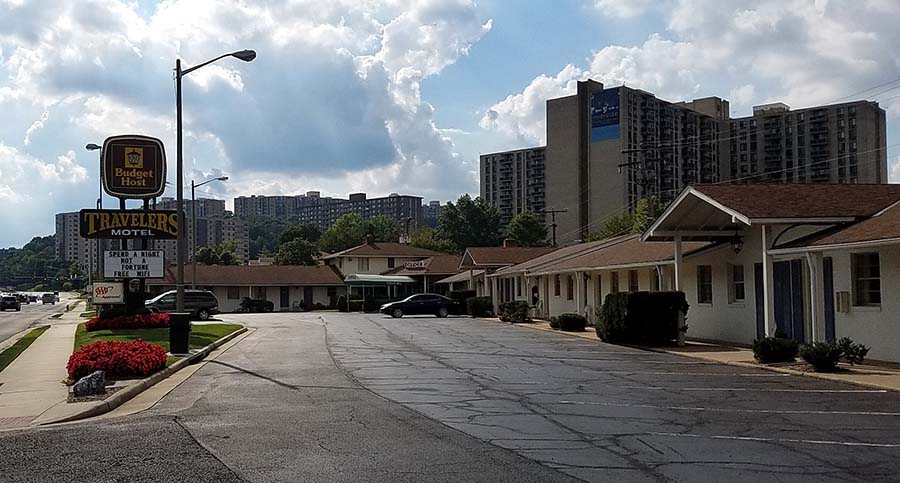 The Travelers Motel on Richmond Highway has been sold.

The biggest sale was that of The Parker apartments at 2550 Huntington Avenue. The 360-unit apartment complex, completed in 2015, was  purchased Sept. 28 by Passco Companies for $112.8 million, according to a company press release.

A half-mile or so to the east, the Budget Host Travelers Motel at 5916 Richmond Highway was sold for $2.2 million to Avanti HG 5916 LLC on Sept. 9, according to county property records.

The sale of The Parker and the Travelers Motel come on the heels of the recent purchase of the 5904 Richmond Highway office building (the Taxi Magic building), which was bought for $8.3 million on September 1 in a joint venture between two local real estate and development companies.

Passco, the California-based company that purchased The Parker, said it was attracted to The Parker due to Alexandria’s and Fairfax County’s strong economies, job growth and a low vacancy rate for multifamily properties in the area.

“The [Parker’s] proximity to transportation and major employment hubs makes it easy for residents to commute to and from work and ensures the community’s long-term demand,” Gary Goodman, Senior Vice President of Acquisitions at Passco said in the press release. “Based on its unparalleled location and the lack of competition, The Parker is ideally positioned to increase in value based on the growing demand for multifamily residences in the area.” 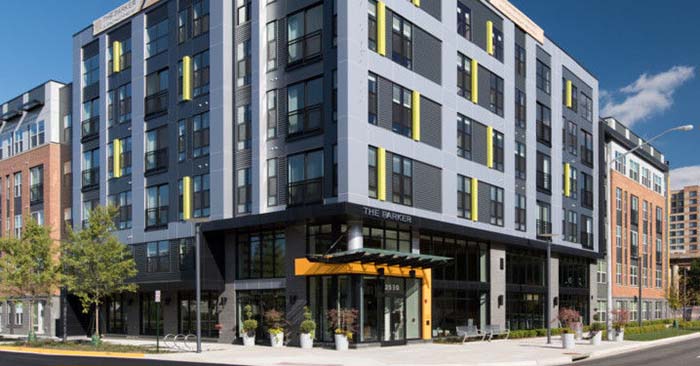 Passco also owns The Shelby apartments on North Kings Highway, which it bought for $69.5 million in 2016.

The Parker is located across the street from the Huntington Metro station. A 150-room hotel and 250,000-square-foot office building had previously been planned to be added to The Parker’s six-acre property, according to the Southeast Fairfax Development Corporation. It’s unclear if those plans are still in place.

The Parker had a 92 percent occupancy rate at the time of purchase, according to Passco’s press release.

The Budget Host Travelers Motel, a fixture on the north end of Richmond Highway since 1953, had been for sale since late 2015. Avanti HG 5916 LLC has purchased the motel, according to county property records. They are part of Avanti Holdings Group — one of the buyers of 5904 Richmond Highway, according to SFDC.

It’s unclear what Avanti plans to do with the Travelers property; representatives from the company could not immediately be reached on Tuesday.

Due to its prominent location on Richmond Highway, the Travelers is perhaps the most recognizable of the old “motor hotels” that have long dotted the Route 1 area. The motel has been owned by the Blunt family since the 1950s, and survived long after most of the other old-school motels had either closed down or fallen on hard times.

Another Huntington property may also have new owners, although no announcement has been made yet. The boarded-up Sunoco at 5828 Richmond Highway was put up for auction in February, and it’s no longer listed on the auction site.

However no transaction is listed yet on the county’s website, and attempts to reach Sunoco and the auction company were unsuccessful.

All of the real estate transactions in Huntington come as a massive expansion of the Riverside apartments appears headed for approval.

The county’s planning and zoning staff has recommended approval for a proposal to add five new buildings totaling 760 units to the Riverside complex, which is located at 5860 Cameron Run Terrace. The Fairfax County Planning Commission will hold a public hearing on the proposal Thursday evening, and if they approve the project then the Fairfax County Board of Supervisors will hold a hearing and vote on the plan at their next meeting on Oct. 24.