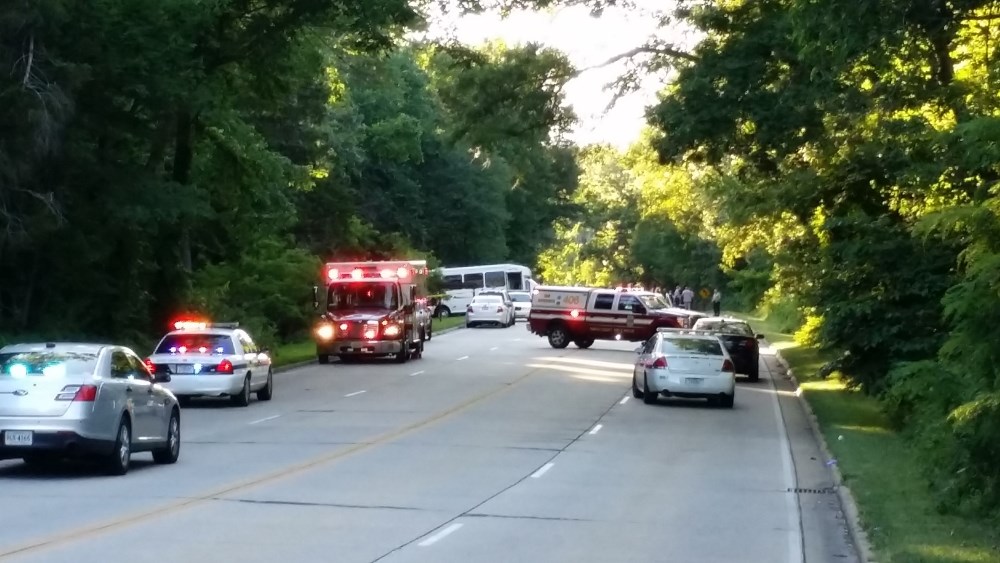 Emergency vehicles at the scene of a fatal June 2016 crash on the George Washington Parkway.

Rep. Don Beyer (D-8) announced today that he has introduced an amendment seeking answers from federal agencies about safety issues on a portion of the George Washington Memorial Parkway that runs through southeast Fairfax.

Beyer, who also introduced a separate amendment requesting a report on repairs to the Arlington Memorial Bridge, wants the Interior Department and Transportation Department to study what can be done about speeding and congestion along the Parkway, specifically in the area near Morningside Lane.

The U.S. Park Service, which manages the parkway, is part of the Interior Department.

“Arlington Memorial Bridge and the George Washington Parkway are essential hubs for my constituents in Northern Virginia,” Beyer said in a press release issued this morning. “Unfortunately, like much of the country’s infrastructure, these historic roadways have not been maintained sufficiently. We need prompt action by the federal government to guarantee the continued safety and reliability of these key transportation arteries.”

Beyer’s amendment specifically asks the agencies to evaluate possible changes in traffic patterns, speed limits, and speed enforcement activities along the parkway. The full amendment, which is attached to H.R. 3154 — the “Make America Secure and Prosperous Appropriations Act” — can be read here.

Beyer’s press release cites a May 2017 article in the Alexandria Gazette that runs down recent accidents on the Parkway, as well as citizen concerns about speeding and traffic.

Recent incidents at the southern end of the parkway include a head-on collision between a tour bus and automobile near Stratford Lane in June 2016 left one person dead and 15 injured. Other recent crashes include a April collision between two cars near Morningside Lane that required one person to be medevaced, an April crash involving a bus and car near Collingwood Drive that resulted in no injuries, and a one-car crash near Belle View Boulevard in December that seriously injured a driver.