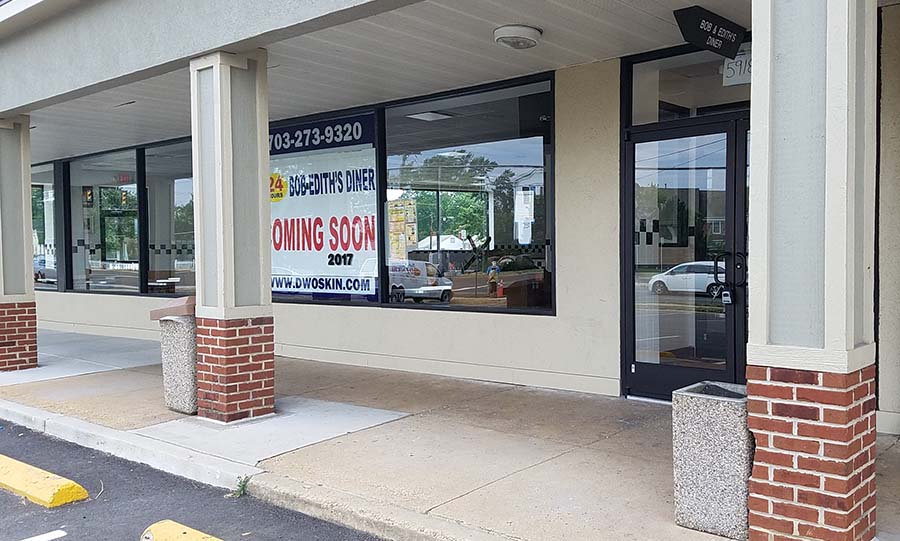 Bolton would’t commit to a specific date, but said the 24-hour diner hopes to open its doors sometime between July 22 and the end of the month. He expects the first day of business to be in the middle of the week, rather than a weekend. There will be no soft opening, Bolton said.

Final touches on the interior still need to be completed, such as the installation of tables, stools and decorations. Bolton said the diner’s exterior signs could be installed Wednesday or Thursday, weather permitting. Final county inspections also need to be passed.

Last week, workers took down the paper coverings on the window of the diner, giving locals a first glimpse of the interior, which features the restaurant’s signature throwback 1950s look, plus some modern amenities like flat-screen TVs. 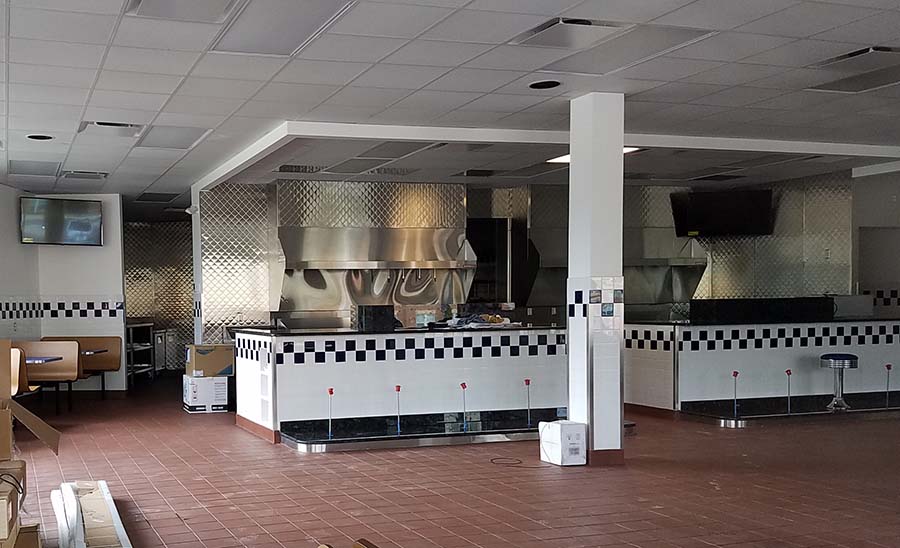 The interior of Bob & Edith’s Diner is seen last weekend.

Located at the Huntington Station shopping center on North Kings Highway across the street from the Huntington Metro station, the new diner will be the fourth Bob & Edith’s in the Northern Virginia area. The original location is on Columbia Pike in Arlington, and in recent years the restaurant has opened new locations in Crystal City and Springfield.

The owners had originally hoped to open the Huntington location in March, then pushed the date back to the spring. Bolton joked Wednesday that he just hopes to open before the end of the year, but promised the finished product will be worth the wait.

“It’s going to be gorgeous. We spared no expense,” Bolton said.