A Maryland man was convicted earlier this summer of second-degree murder and malicious wounding in connection to a shooting last November in the Hybla Valley area, according to the Fairfax County Circuit Court. 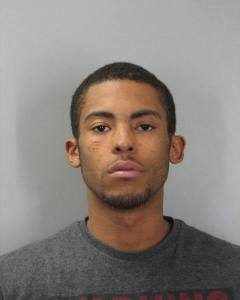 Andre Curtis Wilkins, 23, was convicted of killing Marquel L. Davis, 22, and wounding another man Nov. 18, 2015 in the 7900 block of Audubon Avenue. Wilkins was sentenced to at least 70 years behind bars — 40 for the murder, 20 for malicious wounding, and 13 on weapons-related charges. Three years of the sentence were suspended, according to the court.

Wilkins was convicted July 20 and sentenced Sept. 9, according to the court.

Davis and a 27-year-old male relative were shot last year in an incident initially described as being gang-related, according to The Washington Post. Police later backed off that assertion, the Post said.

Eight days after the shooting, the police identified Wilkins, a Waldorf, Maryland resident, as a suspect. He was arrested Dec. 5, not far from the scene of the murder, after two people called the police’s Crime Solvers tip line.